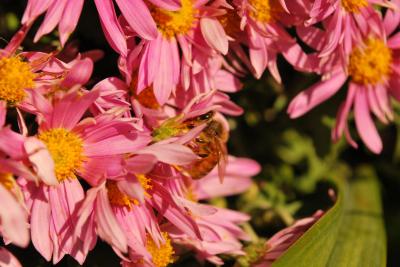 This world is filled with so much grief and corruption. You turn on the news and are overwhelmed with school shootings and natural disasters. It’s so easy to become so bogged down that you believe that there is nothing good, that you no longer see the good in humanity, that you want this world to end—but that is when you need to take a step back, take a deep breath, turn off the TV, and sniff the flowers. END_OF_DOCUMENT_TOKEN_TO_BE_REPLACED 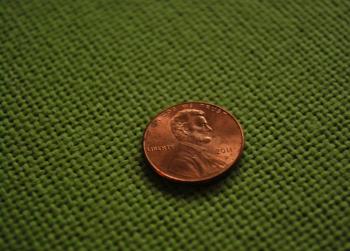 There, lying in the parking lot is a small, copper coin. It catches your eye. But it’s not silver nor green so you just pass it by as you enter the store. It’s just a penny, echoes the thought in your mind.

Why? Why do so many people pass over pennies? Yes it’s only 1¢, but is not the ocean made up of only tiny droplets of water? It’s surprising how so little, can add up to be so much. In 2012, for a whole year I collected all my spare change in a cup. After the year, I had over $110! And ¼ of that were pennies!

How many times do people underestimate us? “It’s too hard,” “Be realistic,” “You’re not athletic,” “You’re not smart enough,” “There’s no way that you can achieve that.” These are all lies. END_OF_DOCUMENT_TOKEN_TO_BE_REPLACED 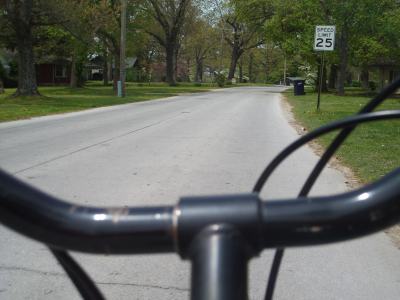 The wind softly whistles in my hair as I cruise down the streets of Neosho. Sticky sweat hugs my skin as I jam out to the music playing through my headphones. I make a quick turn with my green bike down another small road.  The Endurance is her name, and it is rightfully earned. My bike has never failed me during the hundreds of battles that I have fought against the countless hills of this small town.

As I ride my bike, the lyrics of Snoopy and the Red Baron softens in my ears, as random thoughts run rampant in my mind. END_OF_DOCUMENT_TOKEN_TO_BE_REPLACED 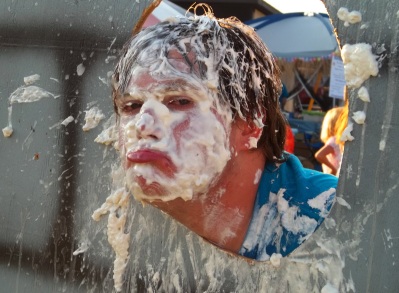 I remember the worst day of my seventh grade career. It was lunch time, and I was lucky enough to be sitting across from the most beautiful girl in the world, who I had a mega crush on. Golden blonde hair, ocean blue eyes, and she was only one grade higher than me, which was no big deal, right?

I had just finished my lunch. All that was left was a browning apple core, a crinkled chip bag, and an empty sandwich bag filled with crumbs from my PB&J. I then reached into my pocket to grab my last piece of gum and casually tossed it into my mouth. Its sweet juices filled my mouth and throat with the taste of watermelon.

Everything was going well, I had enjoyed a great lunch, and the butterflies somersaulting in my stomach could not distract me from having a delightful conversation with her—but then, the friend sitting next to me had to open his mouth and forged my bane. END_OF_DOCUMENT_TOKEN_TO_BE_REPLACED 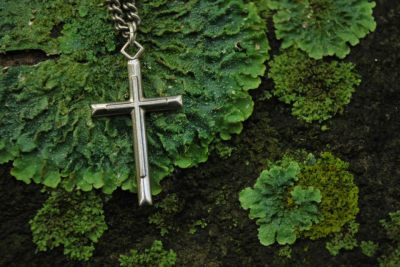 Then the word of the LORD came to me: “Thus says the LORD: Even so will I spoil the pride of Judah and the great pride of Jerusalem. This evil people, who refuse to hear my words, who stubbornly follow their own heart and have gone after other gods to serve them and worship them, shall be like this loincloth, which is good for nothing. For as the loincloth clings to the waist of a man, so I made the whole house of Israel and the whole house of Judah cling to me, declares the LORD, that they might be for me a people, a name, a praise, and a glory, but they would not listen. Jeremiah 13:1-11 END_OF_DOCUMENT_TOKEN_TO_BE_REPLACED

Advanced Manufacturing Technology (AMT) is a recently added program that has been a part of Crowder for only the past three years. Located in the Crowder College Technical Education Center (CCTEC) students are trained in a variety of areas, such as in mechanics, robotics and electrics. But what exactly is the AMT program? 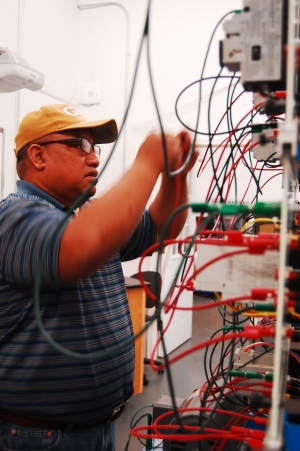 “[AMT] is hands on,” said Andy Wilson, AMT Instructor. “They [students] don’t just talk about wiring an engine—they wire an engine. We learn from the book and hands on.”

The AMT program has a variety of opportunities that can teach students to design, build or repair. Such as in AMT 102: Introduction to Industrial Electricity, the program trains students to be maintenance technicians who can fix machines and keep plants running. Wilson said that they give students the tools to accomplish this task. END_OF_DOCUMENT_TOKEN_TO_BE_REPLACED

How many times are we guilty of doing the same thing? That when Sunday’s here, we are on our best behavior. We’re dressed in our best clothes, always have a smile on our face, and tell our friends how we much love our God. But then rest of the week, we cuss like a sailor, think it’s okay to lust after a woman, or even go to a party and get drunk on Saturday night? Even if you don’t do these extremes, how many of us say, “You shouldn’t do that, we’re in church,” but it’s okay to do that exact same thing later in the week? As Christians, we shouldn’t just say that we are Christians, but we must also live like Christians—easier said then done, right?