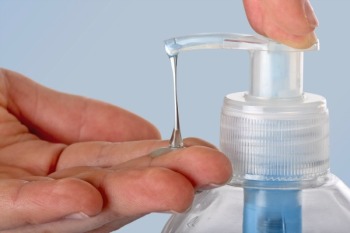 Did you know, that hand sanitizers are the devil? That’s right. First off, some sanitizers claim to kill 99.99% germs. However, did you know that some of those germs on your hands are actually friendly? These beneficial germs eat other germs to help keep you healthy. Which means these sanitizers weakens your immune system, both by killing these friendly germs and by not allowing your body to be naturally exposed to others.

Additionally, if these sanitizers only kill 99.99% of germs, that means there’s a 0.01% population which is not killed, and is allowed to grow and grow because they are immune to the hand sanitizers. Which means stronger sanitizers will need to be invented to kill them, and there’ll be a new 0.01% that’ll exist, which will need a stronger sanitizer to kill them. This back and forth will continue, creating super germs. Which means you may be dooming your great-great-great-grandkids to a death by the common cold, because of how we have influenced germs to adapt.

(Also, as a friend of mine pointed out, if hand sanitizers only kill germs, that means you now have dead germs on your hands, which will never leave unless you wash them, making the purpose of hand sanitizers pointless.) END_OF_DOCUMENT_TOKEN_TO_BE_REPLACED 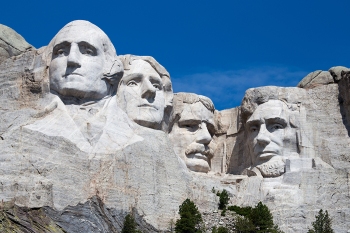 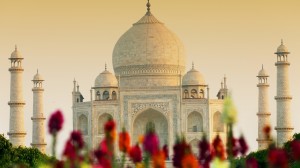 If I asked you, “what do these three photos have in common?” What would be your first answer?

Mount Rushmore, the Taj Mahal, and Big Ben, each of these architect masterpieces are truly beautiful! It’s amazing, what the Lord has given mankind the ability to accomplish. Reminds me of what he stated in Genesis 11:6: “Behold, they are one people, and they have all one language, and this is only the beginning of what they will do. And nothing that they propose to do will now be impossible for them.”  END_OF_DOCUMENT_TOKEN_TO_BE_REPLACED

“Blessed are the peacemakers, for they shall be called sons of God.” (Matthew 5:9)

In the fifth century, a monk by the name of Telemachus believed he had heard a voice that had told him to leave his home in Asia and to travel to Rome. Spurred by this calling, Telemachus left. While visiting the crown of the Roman Empire, he followed a crowd into the Colosseum. There, he witnessed two gladiators who were fighting in the ring, and Telemachus was horrified by what he saw. He jumped over the wall that separated the crowd from the fight and tried to get between the two men to stop them, shouting three times, “In the name of Christ, stop!” But despite his words, the man was run through with a sword, and was then stoned to death by the angry crowd who didn’t want their entertainment to be interrupted.

But Telemachus’ death did not go unnoticed, for it touched the heart of the watching emperor. Impacted by the saint’s death, Emperor Honorius then issued a ban that ceased all gladiator fights within Rome.

The story of St. Telemachus is aspiring. And though there are differing details in the stories of his legend, which make it difficult to know exactly what happened, one thing remains constant: Telemachus was a man who was struck to the heart by the violence of the gladiators, and he was willing to sacrifice his own life to make a difference. Telemachus was willing to follow the example of his Savior, who had sacrificed himself upon a cross to save the world, and to give up what he could not get back, in order to show love and compassion.

Even today, the stories of Jesus and Telemachus are amazing, and should be stories we keep in the back of our own minds as we make our own statements. For too often, we let our pride get in our way and worry more about being right than being love. END_OF_DOCUMENT_TOKEN_TO_BE_REPLACED

Our God, is an amazing Creator.

He created the octopus: 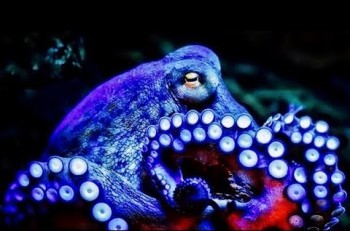 Octopuses (or octopi) are interesting invertebrates with three hearts, blue blood, and nine brains! (One located within in their head, and one in each tentacle, so that each arm literally has a mind of its own and can function independently.) Some, like the coconut octopus, can even use tools to help them hunt. They are also very intelligent, and have learned in labs how to count, distinguish colors, navigate mazes, and even how to open a childproof pill bottle. Octopi can squeeze their bodies through very tight spaces, such as under a door, and can change the color and texture of their skin to camouflage. Additionally, the mimic octopus can not only change its color, but can even contort its body and transform its behavior to impersonate other sea creatures: END_OF_DOCUMENT_TOKEN_TO_BE_REPLACED

If I asked you right now who your favorite judge is from the Bible, who would you answer with? Ehud, Deborah, Gideon, Samuel? Though some of you may answer with some of these names or others, I bet the majority of you would answer with Samson. But why?

Samson seems to be the most popular judge of the Bible, being the current star on stage for Branson’s Sight & Sound Theatre and having his own movie which came out earlier this year. Though Samson did some pretty awesome and miraculous deeds, such as slaying 1,000 Philistines with only a jawbone of a donkey (Judges 15), Samson really wasn’t a great role model, which is often overlooked or downplayed. Pureflix‘s portrayal of the judge in their recent film, Samson, is an example of this. The movie having Samson tricked to drink wine at his wedding by a Philistine, and being tricked by an innkeeper to enter her brothel, with the misconception that it’s a place of rest and prayer. The movie portrays Samson to be a much more spiritual man than who the Bible describes him to be, as the YouTuber Kevin points out in his review of the film on his channel, Say Goodnight Kevin. Yes, Samson was a judge of Israel and he was used by God, but that doesn’t mean that Samson was morally sound. END_OF_DOCUMENT_TOKEN_TO_BE_REPLACED